Disappointing, but much needed weekend and past creativeness.

Well, after planning since December 2017 for a camping trip in my Itty Bitty planned for April 6th the event was canceled by the facility on April 4th because of the cold rainy weather coming in. I was definitely bummed out for a while but the weekend was not all a waste. After a night of sulking and eating my snacks from my canceled trip, I made a plan not to waste the time I had already asked off from work. I got up Thursday morning and started working on projects and finished several things that I had planned in my head but was not ready to actually work on until now.

These are just a few. 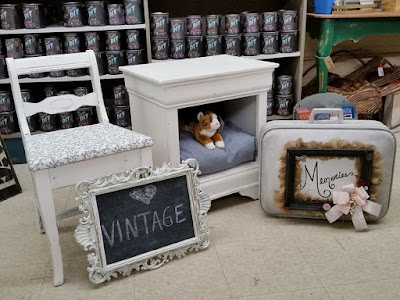 They turned out great, now lets hope they sell!


The last few weeks have yielded several good ideas that have came to fruition.  About a week ago I finished up this... 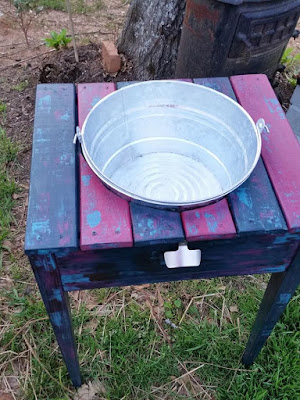 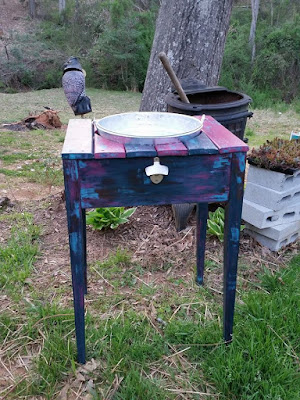 It sold before the store even got a price on it.  It is a old sewing machine base that I've had sitting around for nearly a year trying to find the perfect thing to make.  I've had this idea in my head but couldn't quite come up with how to get it to work.  It's not exactly how I wanted it but it got done and out of the house to clear up space for the next project.  This is a new paint technique I was trying out but don't get too attached.  There will probably not be much of this coming from my workshop.  It's a little hard to do and very time consuming.  But you never know what perfect piece is just waiting to be be painted with a chippy finish.

Then there is this beast... 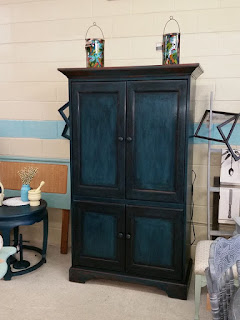 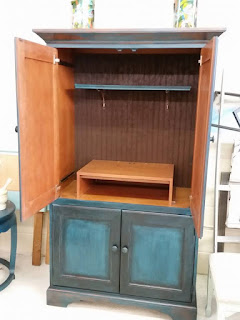 It was huge and taking up a lot of needed space.  I finished it in a day and took it to the store in the rain just to get it out of the house and sooo glad I did.  It sold within a week!  I was a bit floored because I didn't expect it to sell at all with the luck I've had in recent past with furniture.

Thats all the projects that has come from the girl cave in the past couple weeks.  Maybe more soon once I clear out some smalls that are cluttering up the work space.

Have a great week y'all!

By the way...is any one actually reading this?  Leave me a comment if so.